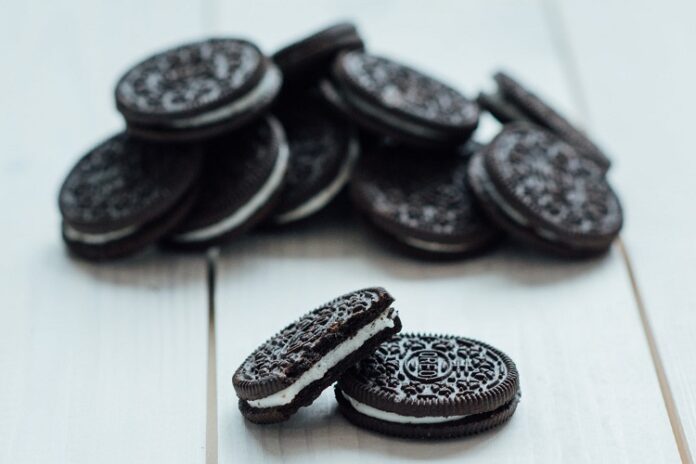 It’s no secret that Oreos can make you grow a tad weaker on your sweet tooth. And why not? It’s sold in over 100 countries and continues to remain the world’s best-selling iconic cookies. Save aside the fact, there’s nothing more delightful than pulling apart an Oreo cookie and tonguing out that delicious creamy filling.

Besides, for over 100 years, these Oreo cookies have been integrated into almost every food imaginable. So whether you dunk them in milk, twist them or eat them whole, here are 13 facts about Oreo that will essentially blow your mind. After all, there’s always more to love (and know) about your favourite Oreo biscuit.

Nabisco factory in New York City first manufactured Oreo cookies on March 6, 1912. Including the original Oreo cookie, Oreo released two other flavours that particular year. And now, since its first launch, more than 450 billion Oreos have been produced. Indeed a prized fact, isn’t it?

Now you may think that a prestigious cookie like Oreo was named so to define its sheer excellence, but honestly, no one knows why it’s been named an Oreo. Though rumours say that the Oreo cream biscuit was named after the French word for gold or maybe because the original wrapping of the cookie used to be gold. Or it could simply be that someone liked it and went like, ‘Hmm…let’s go with Oreo’ and rolled with it.

Every Oreo cookie (which is exactly 71% cookie and 29% cream) apart from double stuff Oreos are thought to have double the filling; however, it’s found that they are only 1.86 times bigger than the regular Oreos. Still, that’s quite a lot of stuffing and therefore, you can let the exaggerations slide.

Oreo was first launched at the Nabisco headquarters in New York City. Then in the year 2002, the entire stretch of the ninth avenue in New York City, which is where the building stands, was renamed as the Oreo Way. It is now officially known as the birthplace of Oreo.

Rumour has it that the Oreo cookie design was created by a Nabisco mail boy. The design contains etchings of 12 flowers, 12 dots, and 12 dashes.

March 6th also known as the Oreo Day rejoices and tributes the birthday of the world’s favourite cookie. So now you can celebrate this day either by dunking it in milk or using it to make delicious Oreo recipes or even Oreo bars. That choice is totally at your discretion.

Do you eat the Oreo whole or twist off the top? Whichever way you choose, it can say a lot about your personality. Psst! Oreo lovers, did you know that according to the Oreo cookie personality quiz if you’re a twist, lick the inside, and eat-type of a person, you are quite possibly a curious individual (Teehee).

If you are to stack or line up all the Oreos ever manufactured in the world, they would possibly reach the moon and back, more than five (unimaginable) times. Hookah!

Apart from being a delicious cookie with a creamy centre squelched amid two thin, chocolaty wafers, Oreos are much more than just cookies. Not just a standalone biscuit, but you can also make a variety of Oreo recipes including No Bake Oreo cheesecake, Oreo biscuit cake, and lots more.

When Oreo biscuits were first invented, they came in two varieties – regular and lemon meringue. As the original grew vastly popular, the lemon variety of Oreos was discontinued in 1920.

Ever since the launch of Oreo cookies in 1912, over 500 billion biscuits have been relished around the world.

Well, it turns out that women enjoy the flavour much longer than men. Around 41 per cent of women break the cookie apart before eating, while 84 per cent of men consume Oreos whole.

So whether you consume it whole or put it apart, there’s no denying that these cookies are unbeatable in taste. Because there’s nothing more enjoyable than munching on a couple or an entire row of Oreos.

Noodles Frankie Recipe For A Unique And Fun Way To Eat Yippee! Noodles

Discover the many benefits of using a wedding caterer

Ensure the Best Brew of Tea with the Right Kettle

Where did Hog Roasts Come From

The Role of the Wedding Caterers in Your Wedding

Why Prefer Spit Roast Catering for Your Party?

4 Ways to Personalize Your Wine Cellar

Booking Hotels at the Lowest Prices

Get the New York deli food you love

Tips to Enjoy Your Stay in Cafes